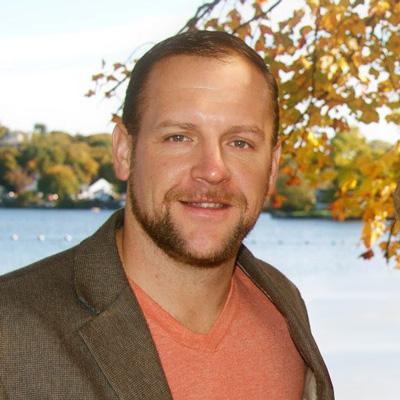 John started his professional career as a football and strength conditioning coach at the Buckingham Browne & Nichols School (BB&N), and has since applied his understanding of human dynamics to solving business problems in systematic ways. He is an expert at compounding sales for clients using the psychology of influence to drive more dollars into the cash register.

He is passionate about working with the leadership teams in our clients’ organizations to help them “win” more business through the internet while most effectively measuring all of the processes needed for getting repeatable results and propelling profits month-over-month in the most streamlined and modern way possible.

John is an active member and key contributor for various committees for the Decorative Plumbing and Hardware Association (the DPHA), attends the LPG & IMARK buying group meeting annually, has been selected to present at KBIS and the Journal of Light Construction show (the JLC) on the benefits of applying the ShowroomMarketing.com Method™ to your business, and beyond!

Above all, John is most proud to support his 13 year-old son, Zack, in his charitable initiatives that include donations to the Back Bay Fallen Firefighter Fund, Dress for Success, Catie’s Closet, Aaron’s Presents, Operation Stand Down of Rhode Island, The Greater Lowell Boys & Girls Club, and most recently, Zack and a few friends fed over 400 families and raised over $1,500 to help familes cope with higher food demands than usual due to COVID-19.

To date, Zack has donated over $21,500 to causes facing ‘trying’ times and continues to foster continued support from businesses in all sorts of industries to make a bigger impact each year. Zack has his own website, 900+ Facebook fans, and wrote and published his first book in the Summer of 2016 – 13 Ways To Put Service Before Self: A Baker’s Dozen Approach For Winning With Others In Life. 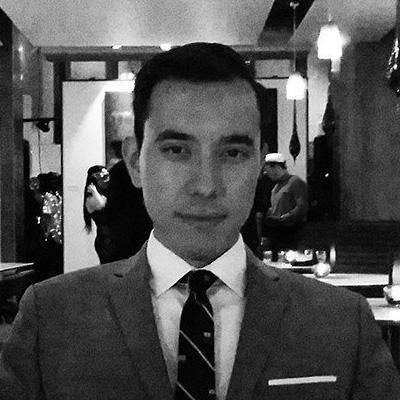 Austin studied architecture in Miami and has since applied iterative “design thinking” to solving complex business problems. He has helped 60+ clients to date multiply sales and increase profits with breakthrough growth strategies backed by multi-channel marketing initiatives. He has served a myriad of industries, but most enjoys working with design and construction businesses, brands and showrooms.

Using highly analytical, data-driven and disciplined approaches, Austin knows how to mine, monetize and maximize hidden insights to shape strategy and increase operational efficiency for businesses. He brings innovative solutions to the table from his cross-cultural perspectives and breadth of technical and creative expertise. He is a proponent of creating paradigm shifts, “strengths finding”, anticipatory thinking, always asking “Why?”, learning from failure and leaving a legacy.

Prior to starting Earn More Do Less, he led a digital marketing team for a global software company and worked at the Harvard GSD (Graduate School of Design). He has also given talks nationally, recruited and trained a direct sales organization of 30+ people and co-founded various business ventures. He reads one book a week, backpacked through six countries last summer and is nicknamed the “Air Traffic Controller”.

Austin was recently named a 2017 30 Under 30 honoree by NKBA (National Kitchen and Bath Association). He will be presenting at KBIS (Kitchen Bath Industry Show) in Orlando in January. 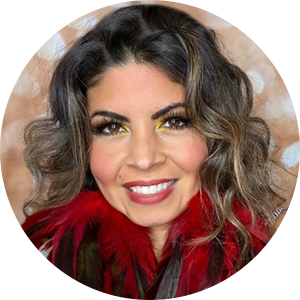 Christine has invested the last 30+ years of her life mastering the art of creative expression through the arts, music, and performance as a whole. For the past 6 years, she’s been equipping on-the-move women and mission-driven companies (via her coaching business, live events and enrichment platform at RockItOutWoman.com) with proven, profitable strategies to create ‘raving fan’ followings that self-select her clients over the other options in their market, in the most systematic ways.

In her 20’s, Christine was selected by the famous pop star Usher and Carmen Electra as the top dancer and performer from a field of 300+ at MTV studios during Total Request Live with Carson Dailey. She was the leading role in plays such as Rent, Little Shop Of Horrors, Butterflies Are Free, and was the esteemed guest who had the honor of singing the National Anthem at Yankee Stadium before a Yankees/Red Sox game.

After building audiences into the tens of thousands for her own ventures on social media and via her email list, as well as through other innovative mediums where your ‘ideal’ clients are engaging these days, Christine has become the preeminent authority for helping a woman speak her truth and freely express her passions and desires for creating a life and business that surpasses much of what they once believed to be possible.

Through this work, Christine has been featured multiple times on Dr. OZ, Fox5, ABC, NBC, PBS and other Media platforms since an early age.

More recently, she has helped dozens of top sales teams and innovative companies that provide goods and services in the DPH industry and design community at large “Rock Out” their brand, amplify their message, and grow their following in ways the industry has simply never seen before. So, if you’re looking to ramp up your reach, response rates, and get dozens of 5-star reviews, chatting with Christine and the team at ShowroomMarketing.com would be a great idea!

Phil is a business savvy professional with a passion for coaching and exercise science. In athletics, he has experience at the NCAA and professional level in the sport of men’s ice hockey. He holds a strong interest for business development strategies, operations, and management. His background includes a B.A. in Business Management, NSCA (CSCS), USA Hockey Level 4 Coach, USAW Sports Performance, and CF-L1.

Currently in Operations for Lutz Plumbing Inc. and is acting liaison for the service and retail departments. Phil is responsible for facilitating new partnerships with vendors, negotiating exclusive service contracts, and in field training. He also serves as Executive Secretary for DPHA (Decorative Plumbing and Hardware Association) and on the Board of Directors for PHCC (Plumbing Heating and Cooling Contractors). 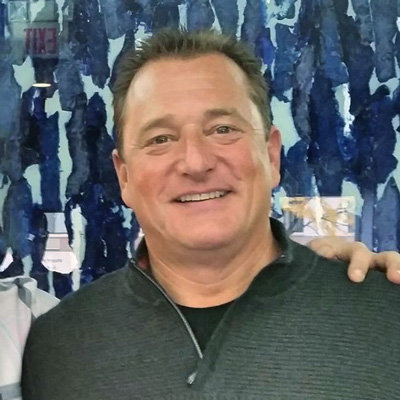 Michael is President of Monique’s Bath Showroom, an independent luxury bath and kitchen fixtures showroom in Watertown, MA. He began his career in his family’s construction business in 1981 which was run by his father Richard and uncle Robert. 11 years later, he started his own firm in 1992 and sold it in 2012. Upon the passing of his father, he took over the operations of Monique’s Bath Showroom and has since led the company to record-breaking revenue numbers.

Michael has held many leadership roles in the construction industry, including chairing the Belmont Planning Board since 2011 and sitting on various committees of the ABC (Associated Builders & Contractors). He was also President of the Oakley Country Club from 2011 to 2012. Michael provides valuable insights and guidance to Showroom Marketing and it’s parent company, Earn More Do Less. Monique’s Bath Showroom has been awarded several Showroom of the Year awards in the design community the past few years, under Michael’s direction.

In 2014, The Decorative Plumbing and Hardware Association (DPHA) awarded Monique’s with their illustrious Showroom of the Year award. In 2015, Monique’s was awarded the Innovative Showroom Award by the Kitchen & Bath Industry Show (KBIS). In 2019, Monique’s was awarded Best of Boston ® Home – a division of Boston Magazine. Most recently, in January of 2021, Monique’s was honored as Showroom of the Year by Jeff McDowell, Executive Director of the Luxury Products Group – a division of IMARK corporation. Michael continues to be committed to excellence as seen in the acknowledgment of the above awards and ongoing success! 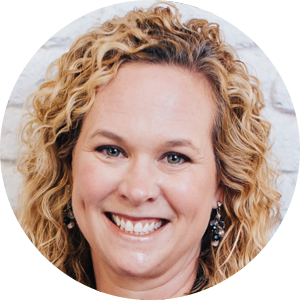 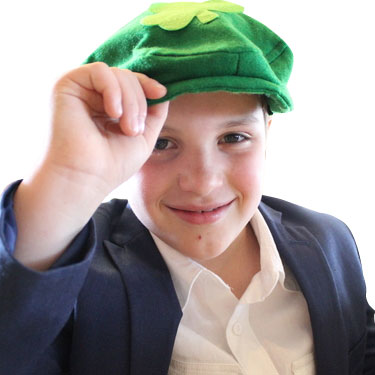 Although small in stature, Zack Gosselin has quickly become one giant do-gooder in the eyes and hearts of tens of thousands of Greater Boston area residents. At the age of 13, Zack has personally raised and donated upwards of $21,500 to several worthy causes facing ‘trying’ times over the last few years with unwavering passion and dedication.

“Zack is a handsome, head-strong, gutsy, gritty leader who thrives when helping others feel better about their circumstances” is what a Social Media commenter once said of him. If you ask Zack about his philanthropic doings, in the most modest of ways, he’ll say something to the effect that he loves being thoughtful, doing differently, and helping people dream bigger ? In 2012 (when he was just six years old), Zack joined the Waltham Rotary Club as they sang Christmas carols for hundreds of patrons dining in local restaurants. In 2013, he raised and donated $350+ to help peers persevere and overcome the adverse conditions surrounding the elementary school shootings in Newtown, CT.

In 2014, Zack donated $400 to a fallen fire-fighter fund that was created after the “Back Bay Blaze” took the lives of Lieutenant Ed Walsh and Michael Kennedy just before the 2014 Boston Marathon in Boston. In 2015, Zack donated $1,300 to Dress for Success of Worcester, MA – a charity that helps under-privileged women get back on their feet in the workplace. In 2016, Zack donated over $2,500 to help Catie’s Closet put clothes on thousands of kids in the Merrimack Valley area of Massachusetts. In 2017, Zack filled the ice at Tsongas Arena is Lowell, MA for his 5th and final Skate-A-Thon event with over 400 young do-gooders and raised over $4,000 to support the like-minded kids who work with Aaron’s Presents. In 2018, Zack raised over $5,500 for Operation Stand Down of Rhode Island, an accomplishment which had him selected to throw out the first pitch during at Pawtucket Red Sox game (Zack wants you to know he threw a strike). In 2019, Zack raised over $4,000 to support the music program at the Greater Lowell Boys & Girls Club. Finally, in 2020, Zack and a few friends organized a “Fill The Food Pantry” drive that fed over 425 families in Billerica, MA impacted by the shutdown from COIVD-19.

Currently, Zack is planning to bring his newest project to market soon – updating his book 13 Ways To Put Service Before Self: A Baker’s Dozen Approach To Winning With Others In Lifea and making phone calls and sending emails to line-up who he and his team at DreamBigVille.org helps next. Together, the Gosselin Guys, with the help of Zack’s loyal donor-base and online community, live to inspire others to become more resourceful, challenge some of life’s misconceptions, and to strive to be better and noble in life based on their standards, not society’s.